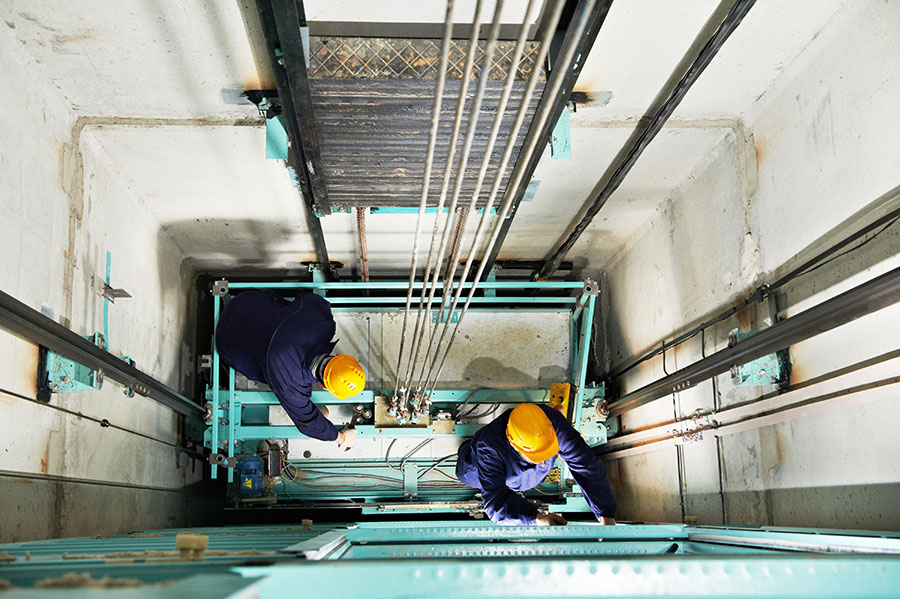 When someone visits a bustling city and takes an elevator to the 69th floor of a skyscraper, they probably don’t stop to wonder how the elevator was able to carry them and 14 other people to the top. Elevators must be strong enough to carry passengers or materials and equipment up and down without noticeable effort. This is accomplished using one of the two most common elevator lifting mechanisms: Hydraulic or Traction.

But what differentiates them? What are the benefits of each?

A hydraulic lift uses fluid and pressure to push things away from itself, generally upwards against gravity. A traction lift typically utilizes a pulley system of some sort to pull upwards, taking up more space. Below we have compiled details regarding the pros and cons of each type of lift.

Find more in-depth information about Hydraulic and Traction Lifts below.

As mentioned above, traction lifts often use a pulley system that consists of gears and a crane. The pulley system lifts the elevator, a generally more energy efficient system.  However, this system can wear out much faster than a hydraulic lift and will require frequent maintenance. Traction lifts are commonly used in elevators. In an elevator system, traction lifts require a counterweight mechanism to offset the weight of the cab and patrons.

Hydraulics work with an electrically powered pump that uses pressurized hydraulic fluid in a cylinder casing, lifting the elevator upwards from below. There are two different types of hydraulic lifts:

Hydraulic lifts that are “holed” have hydraulic cylinders placed inside of a drilled hole and can allow up to 60’ of travel distance.

Knowing the difference between traction and hydraulic lifts is important. Here at MLM Lifts & Manufacturing, we strive to meet our client’s needs and increase productivity through simple design and operation. If you want to learn more, we are ready and waiting to answer any questions you have. Contact us today to receive a quote.